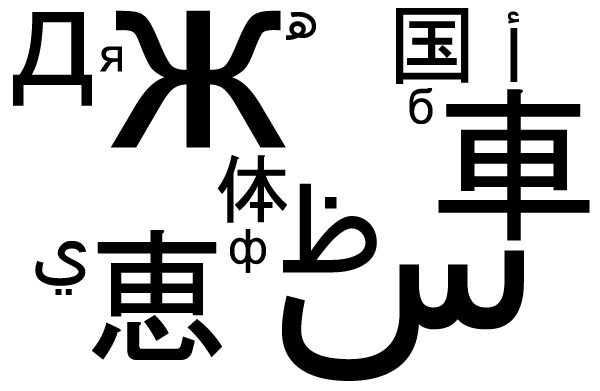 Anti-Consumer was a school innitiated project originally assigned to create an anti-war poster. In an effort use our assignment requirements loosely, many creative ideas were thrown around until not only did my project turn into stickers rather than a poster, but also fighting consumerism rather than war.

I began looking at symbols and characters from other languages including Russian, Chinese, Japanese and Arabic. Consumerism is a very global-centric idea where many of the products that we use, eat, and wear could be coming from other places in the world under potentially bad circumstances. 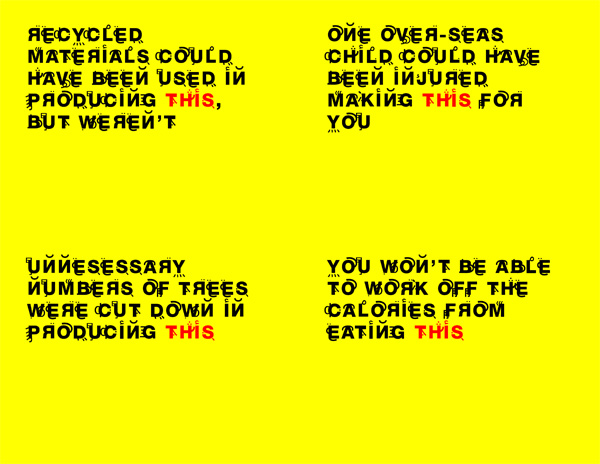 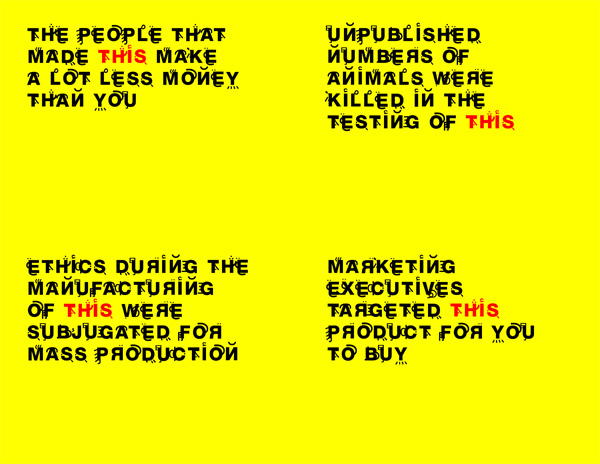 Shown above is two sets of stickers that would be cut into fours. The typeface I created melds previously mentioned foreign characters with Helvetica giving unprecedented personality to a font void of all personality. The stickers were created in a fashion that demands attention using the warning sign palette of yellow, black, and red. Users of the stickers would stick them on things appropriate to their message. 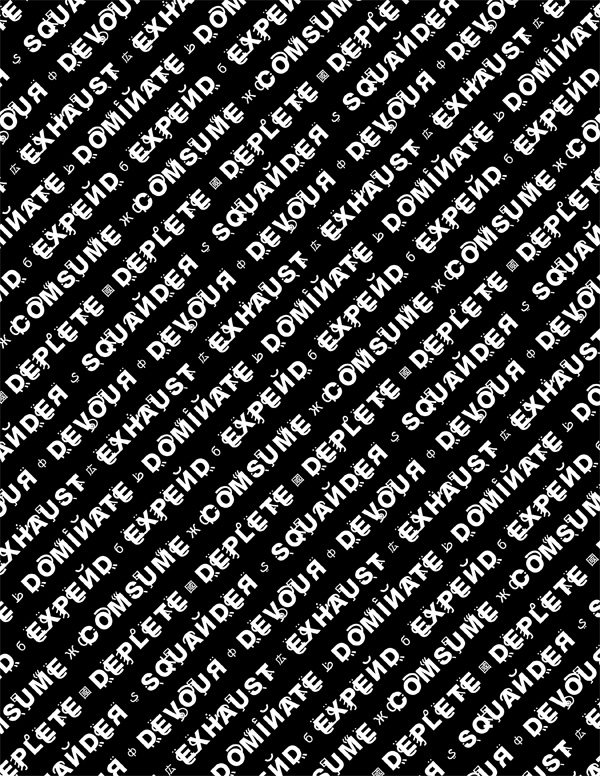 This pattern was printed on all the backings of the stickers to further emphasize the message of the sticker, no matter which message was stated. 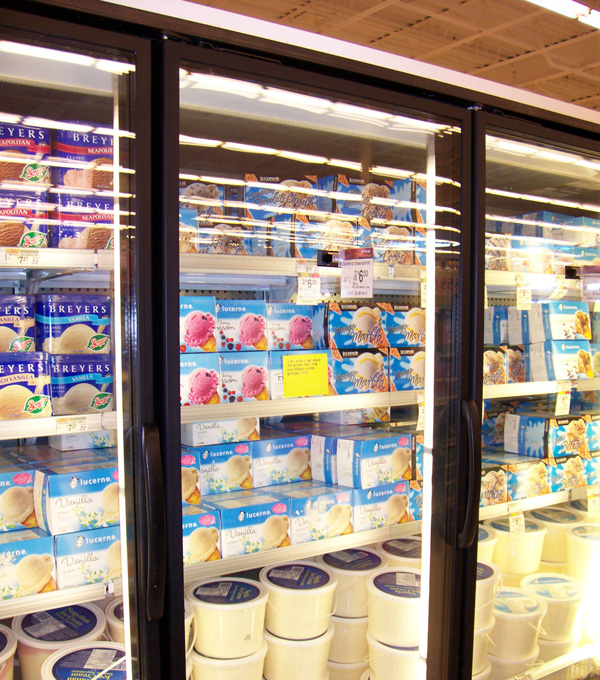 Sticker in the Wild #1 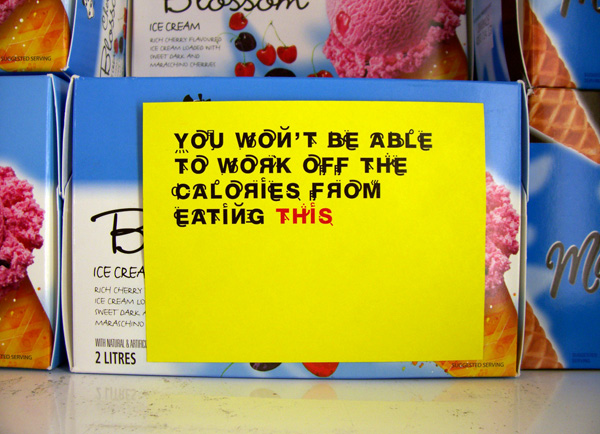 Sticker in the Wild #2

One of the more sarcastic sticker showcased on ice cream with a very true message.