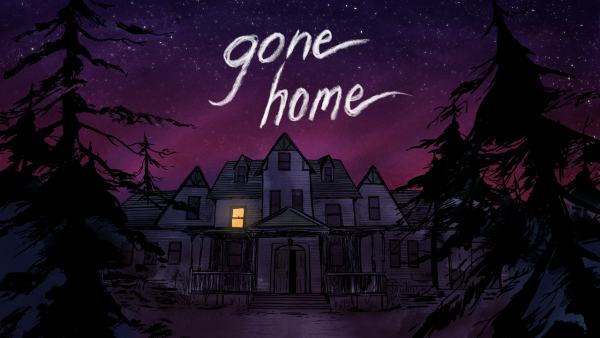 There’s very few gaming experiences that transcend the perceived notions of what makes a game and totally immerses the player into the narrative itself. Gone Home is one of them.

It’s unfortunate a large majority of gamers can’t comprehend the intent of Gone Home. They strive to min/max and rush through asking “where is the game?”. Doing this is a disservice to Gone Home and the story it tells, and makes you part of, over the brief couple hour experience it provides. The chills, the surprises, the sadness, the nostalgia, the empathy, and the perversion of peering through relics and stories of other people’s wants and desires. But it soon becomes your life. It becomes your sister, your mother, your father and your story because of the level of immersion and realism in the narrative.

While there is little choice in your actions and your goals, the roller-coaster the game sets you on is masterfully crafted and designed to string you along, piecing together clues and stories to help you ultimately figure out all the questions you are asking yourself as you play. While the progression is somewhat transparent, everything wraps up beautifully, and rather unexpectedly (for me anyway, as I was seeing a much different ending).

The game also expects you to have some memory of the 90’s. Ideally, you will want to be born sometime in the 80’s to get the full effect of the emotions and connections to increase the immersion. This is not necessary, but I think these connections are what fully drove this home for me. While I wasn’t a female growing up in the 90’s, the artifacts and objects peppered throughout the game all hit those nostalgic buttons for me and made me connect further with the story and characters.

Besides the faults, In the end, I felt heavy; choked up. After a couple of minutes of contemplation and wrapping my head around my experience, I breathed in deeply and snapped back to reality, my reality. I don’t care if it’s a “game” or not (a common complaint) but why can’t more games do that?